However, there are massive challenges with slowing down traffic flow at 15 kmph, space required on additional routes and widening, increasing private cars, and funding required in transport modernization.

Proposing the seventh mode mitigating all the above, dedicated bicycle lanes along roadways, railways, and canals in and around the city. This is challenging both physically and psychologically. The paper addresses the quantification and cost-benefit analysis of practical modeling. 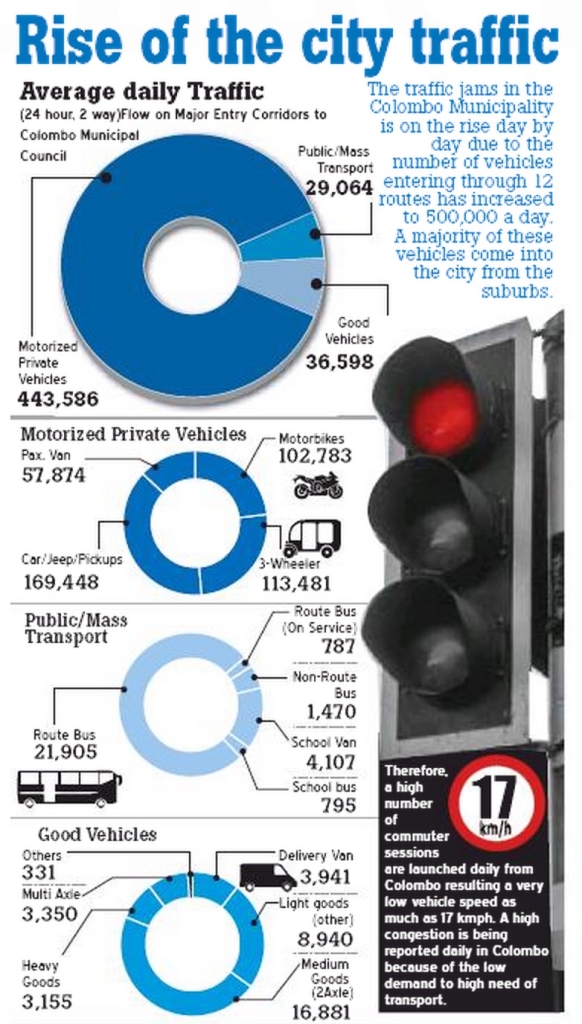 The congestion in the commercial capital has now been expanded to the suburbs through six key corridors. For the purpose of this paper we identify these corridors starts from Moratuwa, Piliyandala, Kottawa, Kaduwela, Kadawatha and Kandana. The six current and traditional transport measures identified in the abstract now work towards mitigating the problem although the numbers do increase rapidly. Average 250,000 vehicles enter Colombo on a standard workday according to a study of 2012 [1].

This has been re-validated by a latter study where 443,586 private vehicles pass through major entry corridors the city daily. [4]

The impact on the economy and environment had been well quantified by the experts. Still there are several variances as the years go by.

The problem of congestion due to the increase in vehicles, when average speed decreases, leading to longer travel times, causing a rise in pollution levels. Hence the economic loss due to congestion rises steeply.

THEN AGAIN ON 2019 IT HAS BEEN NOTED THE COST OF COLOMBO’S CONGESTION IS A STAGGERING BILLION RUPEES A DAY. [3]

The 2012 study states the fuel bill is about 6% of GDP, and that is likely to increase to 8%. All this will become economic burdens for the country. We have a densely populated country, and need to design our transport system to suit that.

We cannot design our road systems purely with expressways, elevated highways and flyovers. Those solve isolated individual problems, but in terms of a network solution, it should be a solution that helps everybody, by implementing a pro-public transport policy. [2]

Furthermore the city is developing another crisis. Colombo uses 15% of its lands on transportation needs. If we promote cars and other vehicles, neglecting public transport, we will need three times more space than we have now. This is not practical at all, and will become a gridlock eventually.

All the outer roads linking the city are chock-a-block with traffic most of the time, not only during office and school rush hours but always and both ways. Even some recent measures like flyovers, road widening, single pile flows, Bus lanes etc have not paid off or not even made an impact.

It would sometimes take a whole hour, for example, moving from Nugegoda-Kohuwala to Lipton Circus (a distance of around 7 km). The time from Dehiwala, Maharagama, Malambe, Kiribathgoda and Wattala has no difference. This is becoming the norm, or worse day by day.

The city has three key transport methodologies across all six corridors, namely private transport, busses and railways. Soon we will see the addition of LRT, BRT and Outer circular highways and we already started seeing the transport along waterways.

Greater Colombo area is a great place for cycling due to its elevations.  This paper now proposes to have cycle pathways covering all six corridors and Interchanges, along with canals,  railway tracks and roadways.

Additionally the paths can have a tree shade, doubling the impact on minimizing the city’s carbon footprint.

Cost of congestion has been considered a billion rupees a day in Colombo. Also the vehicles entering Colombo has been recorded as 500,000 in recent times, almost doubling the study done in 2012.  More importantly these carry 1.8 million passengers to the city[4]

This arrives to a conclusion each private vehicle carries an average of 1.87 people. Each bus carries 33.6 people. This is to say only 56% of the passengers use public transport and 44% uses private modes.

The proposal suggests a conversion of at least 10% of the vehicles to use bicycles as their prime medium of travel to work for 5 days a week. We suggest the implementation of the full program will enable a 10% conversion within 12 months period.

This suggests a conversion of 10% of the private transport will create 79,845 cyclists travel to the city, daily.

However this number will be higher once considered with the inflow from public transport as well. But we move forth only with the private, in evaluating the economic benefits for now.

Prior to move project plan and the financials we hereby evaluate the economic cost benefit of the cycling pats to the passenger (internal) and the government (external). Although there’s no modelling developed locally, we elaborated upon a Danish model in the local context. [5]

This is an overall cost benefit of LKR 339.98 per kilometre traveled by bicycle.

Let’s get to the case of Denmark again, The analysis shows that if 10% more kilometers are cycled there will be an annual socio-economic gain in Denmark of DKK 1.1 billion (€ 150 mil.). In the capital region the annual gain will be approx. DKK 0.5 billion (€70 mil.). *Exchange rate 1DKK = 28 LKR 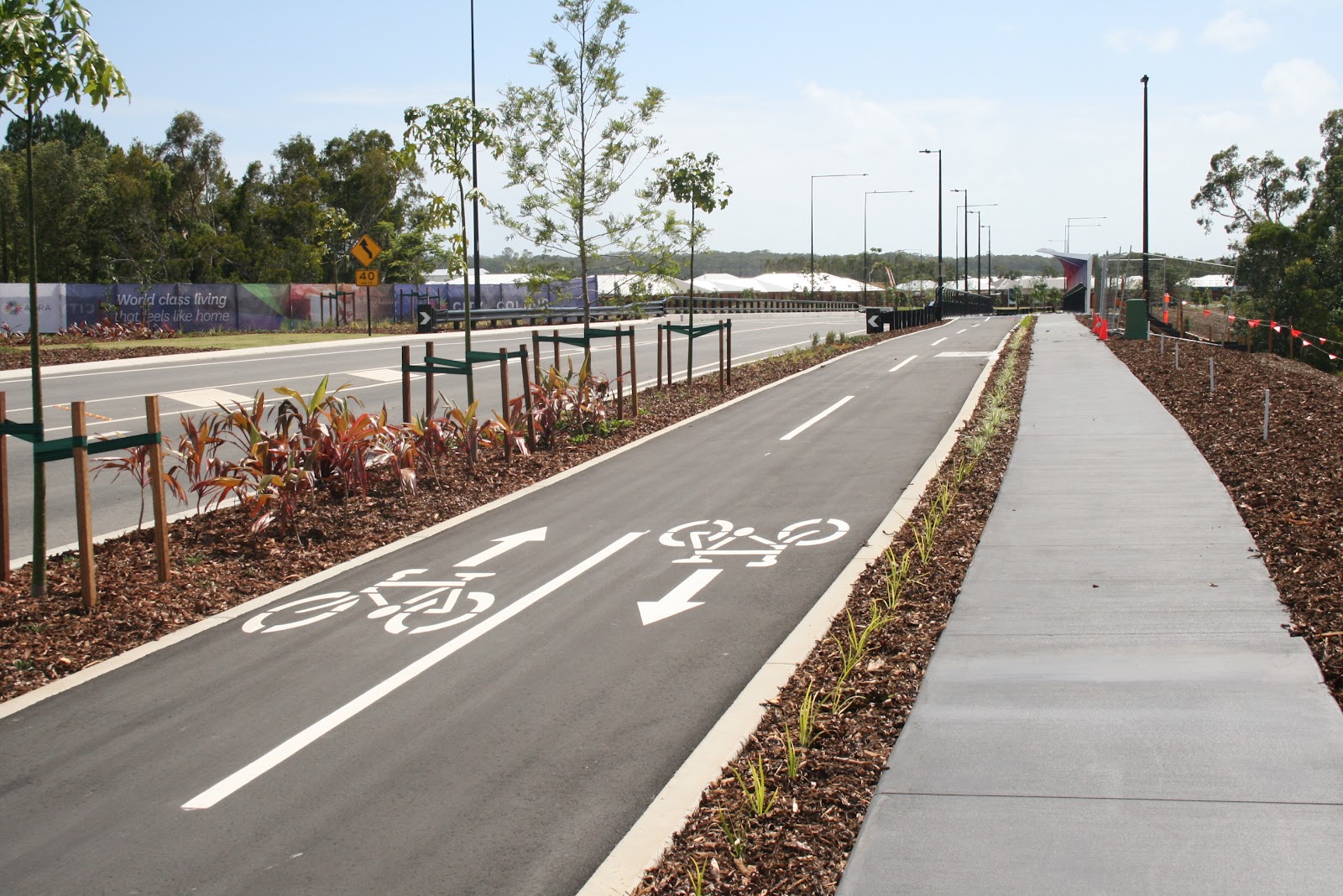 In a situation where Sri lanka’s medical expenditure is not covered by insurance companies a Sri lankan analysis will gain much higher socio economic benefits. As a fact we aware our annual health bill is over 600 Billions a year [7]

Not only, a bicycling infrastructure will generate other avenues of income as well. After investing in proper bicycle infrastructure, North Carolina’s Outer Banks region generates $60 million  annually in economic activity through bicycle tourism. [6]

The latter part of the proposition identifies several socio economic benefits along with the cycle tourism.

Let’s look at what we need to get us there, and the cost of capital. This need to be segregated into several measures. Regulatory, Infrastructure, and Attitudinal, addressing Safety, Convenience and Comfort zones.

In Sri lanka a B class road is costing 100 LKR per Km [8], whilst a renovation is costing LKR 20M as per the RDA. However according to the world bank a single lane road is costing approx 1M USD per km in less developed countries [8], 180M LKR.  No purpose built cycle paths has been built in Sri lanka as yet, hence we again consider a global scenario.

It is estimated In USA on average, urban freeways cost $60 million a mile to build. The best type of protected bike lanes cost $ 210,000 in average per mile and need much less maintenance. [9] This shows us an international standard cycle path is costing just 1/285 of along an urban road.

This equation leaves a cost of LKR 632,000 per Km to build a protected cyclepath.

This is highly notable, the investment will reap its benefits in no time, once considered with all socio economic benefits, direct and indirect (internal and external).

It is to be noted the above costs only include the construction costs, along existing roadways. No land acquisition costs considered, if any.

Figure 6 – A new cycling path under construction along an existing roadway. 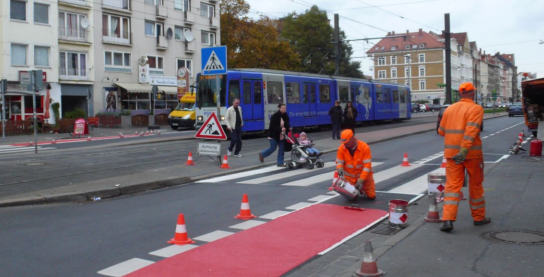 But the plight doesn’t end here, the infrastructure is needing several other accomplishments.

The good thing is on the rest of the areas the expenditure on the Government can be nominal, while the private sector will willingly and actively take part in, being a highest affected party of the congestion.

We addressed the safety of cyclists with the paths, also the convenience and comforts to a greater extent. Still it is needing to have the following requirements to make the cycling ecosystem completed.

Attitude towards cycling, a bigger challenge as its being the poor man’s car. But there are many good signs, already there are elite cycle clubs in the island and also several stores dedicated to high end cycling. This is a great sign in preventing it being the game of Football in Sri lanka but Rugby.

Heat, Safety, Vehicular emissions and Dust are subjective, a developed infrastructure will address it all.

Furthermore, being in the tropics we can have some covered paths, especially with trees adding double benefits being net zero carbon urban  transportation.

We spoke of the bicycle tourism. We are in the tropics, and the westerners love the sun and the heat. It is noted that the turnover of bicycle travel and tourism is three times as high as the bicycle production industry – 100 bn US Dollar globally. The industry is growing (43% increase in mobile searches for bicycle tours during 2017), there’s a lot of unmet demand and the industry is highly fragmented. [10]

Further study on this is required as the growth potential is heavy as the country focuses on many tourism related businesses including eco, sports, health and agro.

Sri Lanka is a  non-car producing economy. In this scenario the country needs to consider the amount of rupees which remain in the local economy. Having no local studies we consider the case of Holland and Denmark are non-car-producing countries.

Holland has carried out studies to determine what this means for the economy. In Holland consumption of cars and fuel are not necessarily economic gains.

Cars and oil are import commodities in Holland, which means that financing and subsequent employment does not take place in Holland.

Cycling on the other hand requires neither imported cars nor imported fuel. Sri Lanka already produces bikes and do export as well, an industry which has a much higher potential to grow.

Reducing the impact of negative economies including Tuk Tuks. Removing the significance and adding the youth workforce to more productive economy.

Automated cycle rentals, pay and go models will be popular one provided with the necessary infrastructure. 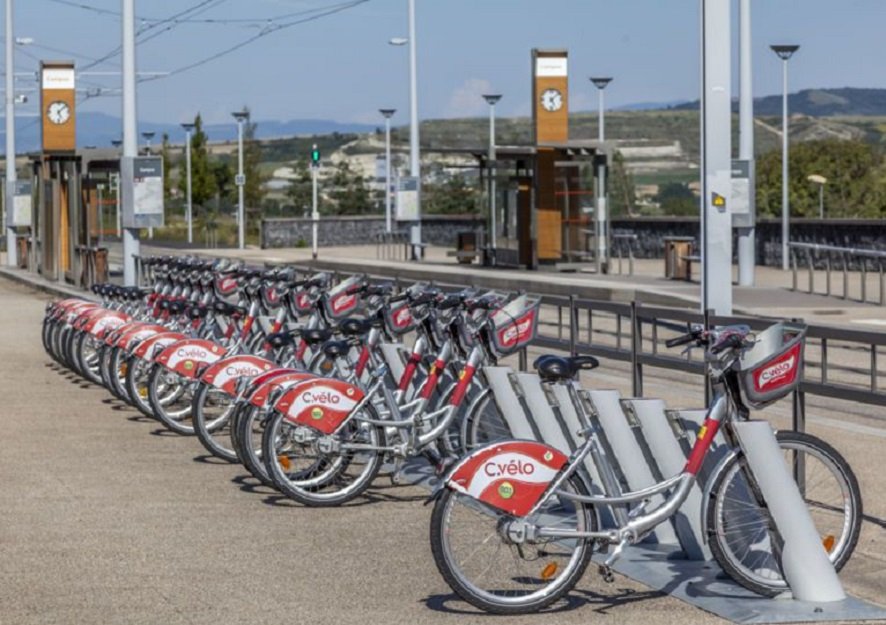 It is evident that the multiple benefits of cycling, rather cycle to work along with the topic overweight and earn its expenditure in no time.

Next steps would be developing an action plan, prioritizing the identification of the exact route along with the existing roadways, railways and canals. In carrying out this task several government institutions involvement is required.

Land acquisition needs will be a bare minimum as the canals and railways will be already having the required by law.

Being away from the roadways will be to the liking of the cyclists due to the high emission levels of our vehicle populations. The car electrification will be taking place within the next decade even in Sri lanka and the road network be ready with the necessary cycling paths then.

Reemphasizing, transport related pollution is the highest in most parts of the world, needless to say addressing it will mitigate the problem most.

President Rajapakse has PROPOSED cycling paths along all entry corridors to the capital. This report QUANTIFIES its validity.

It is to be noted that this proposal has been developed prior to pandemic.

Needless to mention the value of Micro mobility in mitigating the adverse effects of both pollution and pandemic.

Its now or never!